Wish You Could Make Your PowerPoint Lessons Interactive Lessons?

Today’s article was written by guest blogger Jason Schmidt. Jason is an instructional technologist for Bennington Public Schools in Bennington, Nebraska, as well as a Mimio Quick Learn moderator. 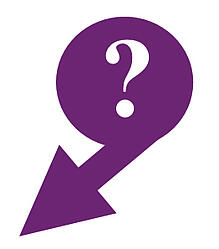 For years, PowerPoint has been the de facto standard across the country for creating presentations. While PowerPoint can be an excellent tool for enhancing your speaking skills, it lacks much of the collaboration and annotation abilities that are the strengths of MimioStudio™ classroom software. For as long as I can remember, PowerPoint presentations could be imported into MimioStudio Notebook. This has been a great way to reuse content that you have already created by adding shapes, reveals, and annotations, but any ability to interact with the objects and animations in those files was lost in the process. With the next update to MimioStudio software (available in September), you will gain the ability to import not only the entire static slideshow, but also the objects, graphics, animations, links, and media.

There are several key benefits for teachers:

1. Work in one program rather than two

Previously, when PowerPoint files were imported, they became flat and static. This meant that teachers needed to get creative in order to make any changes to the content of their slides once they were imported. With the MimioStudio software upgrade, the text boxes will be directly editable, transitions and animations can be tweaked, links will be active, and videos can be embedded. No more import -> edit -> “Rats, there’s a typo!” -> change in PowerPoint -> import again -> edit…

One of the biggest complaints that I have heard from my teachers is that there are no object animations in MimioStudio Notebook. This fall, animations are here! This takes us one step closer to making Notebook the standard presentation and lesson-design software in my district.

3. Reuse the rich and engaging files you (and others) already have

Many of my teachers have already created PowerPoint files with different levels of builds, animations, links, movie clips, and sounds. With this latest update, they don’t have to re-do all their work.

The great potential of MimioStudio Notebook lies in the flexibility it gives a teacher to create interactive lessons that get students up out of their chairs. By importing all aspects of their PowerPoint files, they have the chance to incorporate the collaborative features of the rest of the MimioClassroom™ products more seamlessly within the software. Use the MimioVote™ device or the MimioMobile™ app to poll your students for understanding, collaborate in small groups, access powerful annotation tools to demonstrate key concepts to your students, and give them an opportunity to show what they know. All in the same place, with one piece of software!

Put the POW back in your PowerPoint presentations with MimioStudio software.

Learn more about the new features coming in September to