Laser vs. Bulb Projection: A Clearer Choice than Coke vs. Pepsi 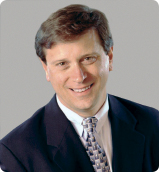 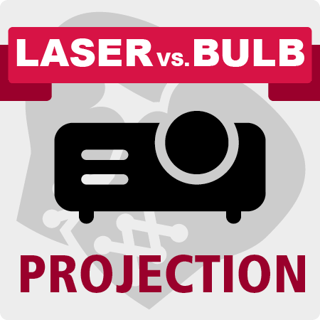 As almost every teacher knows, nothing is more irritating than having a projector bulb blow right in the middle of a lesson. Before you can get back to teaching, you have to find someone to get a replacement bulb (and hope there is one in the storeroom), and perhaps unmount the projector in order to replace the bulb. At that point, it often becomes clear that the students don’t remember what you were teaching, let alone what they were supposed to learn.

Don’t All Projectors Work the Same?

It’s for this very reason that most projector companies have invested time in developing a solution to the “bulb problem.” The technology behind all projectors has remained pretty much the same since they hit the market: a light source shines through an image, which is then projected onto a whiteboard or screen. This concept is true whether you’re talking about a lamp projector or a laser projector. However, the lamp projector’s light source is a glorified light bulb, while the light source for laser projectors is an LED-based laser light. This is where the similarities end.

What’s Wrong with a Light Bulb?

A bulb or lamp has some issues inherent to how it works. It needs to warm up to get to full brightness, it runs very hot, and it uses a great deal of electricity. Because of all the heat generated, lamp projectors require one or two fans to cool them down. Another disadvantage of lamp projectors is that the average bulb lasts for only about 3,000 hours of use. Yet another downside is that from the moment your begin using a projector lamp, it starts to become less bright – as quickly as within the first 10 hours of turning it on. And there are the environmental worries about the mercury it contains.

Laser projectors, on the other hand, are much less fragile, use less energy, and are ready to go at the flip of a switch. The way in which they create light allows them to produce brighter and clearer images. They do not contain any mercury. And perhaps their biggest advantage is that they last for about 20,000 hours of use.

Laser projectors do initially cost more, but over their long lifetime they offer reliable technology and considerable savings. Consider this example: A laser projector priced at $1,200 costs several hundred dollars more than a comparable lamp projector. The projector is rated to last for 20,000 hours of use, so it can run for 12.5 years if it’s used for 8 hours a day. Without even taking into account the lower maintenance costs and electric savings the laser projector provides, consider that it can cut costs by $1,800 on bulbs over its projected lifetime. That gives you an overall savings of $600. 1

Over time, laser projectors have become more affordable for use in schools and offices. Their increased brightness and easy maintenance have made them the clear choice for many.

“With an interactive laser projector, I can create a huge collaborative surface at the front of the classroom and still have the use of my whiteboard,” explains Travis Rink, High School Teacher “It gives me options with my students that I don’t have with a smaller IWB.”

Interested in bringing laser technology to your classrooms?
Learn more about Mimio’s laser projector, which we recently launched at TCEA.