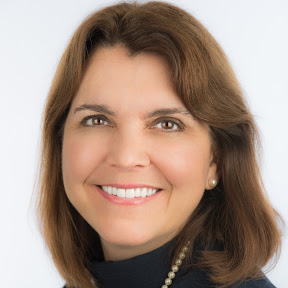 Mobile devices have a deep and positive impact on student learning, but are still in the early adoption stage.

Survey conducted by MDR’s EdNET Insights on behalf of Mimio

Mobile devices are well on their way to becoming an integral part of K-12 instruction, and they are having a noticeably positive impact on students’ learning experiences. These are the major findings from a recent survey conducted by MDR’s EdNET Insight service on behalf of Mimio. This was the third annual survey authorized by Mimio to gain a deeper understanding of educators’ and students’ experience and needs within the interactive classroom. 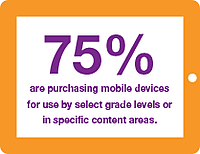 While mobile devices are best known for their use in 1:1 or BYOD programs, the school administrators, technology directors, and coordinators who were the survey’s targeted respondents revealed that mobile learning is not at all restricted to such environments.

Some 75 percent of respondents indicated that their districts or schools were purchasing the devices for use by select grade levels or in specific content areas, rather than the more universal approaches of 1:1 implementation and BYOD programs.

“This latest survey confirms that the use of mobile devices is not a fad,” stated Manny Perez, president and chief operating officer, Mimio. “It’s a real paradigm shift in the way educational technology supports learning. Right now, we’re seeing that mobile devices are being used more as test phases or pilots for certain grades or content areas.

“However, according to 69 percent of respondents, over the next two years we should see mobile-device use expand across school grades and content areas.” 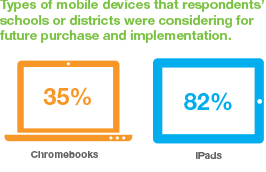 The survey also polled educators on the types of mobile devices that their schools or districts were considering for future purchase and implementation. The majority of respondents (82 percent) selected the iPad. Chromebooks received the second highest response, with 35 percent of respondents choosing that particular option. The reason behind the relative popularity of the Chromebooks could be that this device includes a keyboard, making it more convenient for student writing. A keyboard has to be added to many other devices.

The positives far outweighed the negatives of using mobile devices. The largest percentage of respondents reporting a particular negative impact was just one third (33 percent), and the problem was the management of the devices or their applications, rather than an instruction-driven issue.

“Education is at a pivotal point,” said Perez. “And Mimio is dedicated to providing educators with the support they need to move to mobile learning and, in turn, blended learning and peer-to-peer learning. Our interactive tools and software ensure that classrooms become truly collaborative environments. The survey results confirm that our educational technology is in step with what’s needed in education: ease of use, flexibility, and instruction for students in the way they need it and when they need it.”