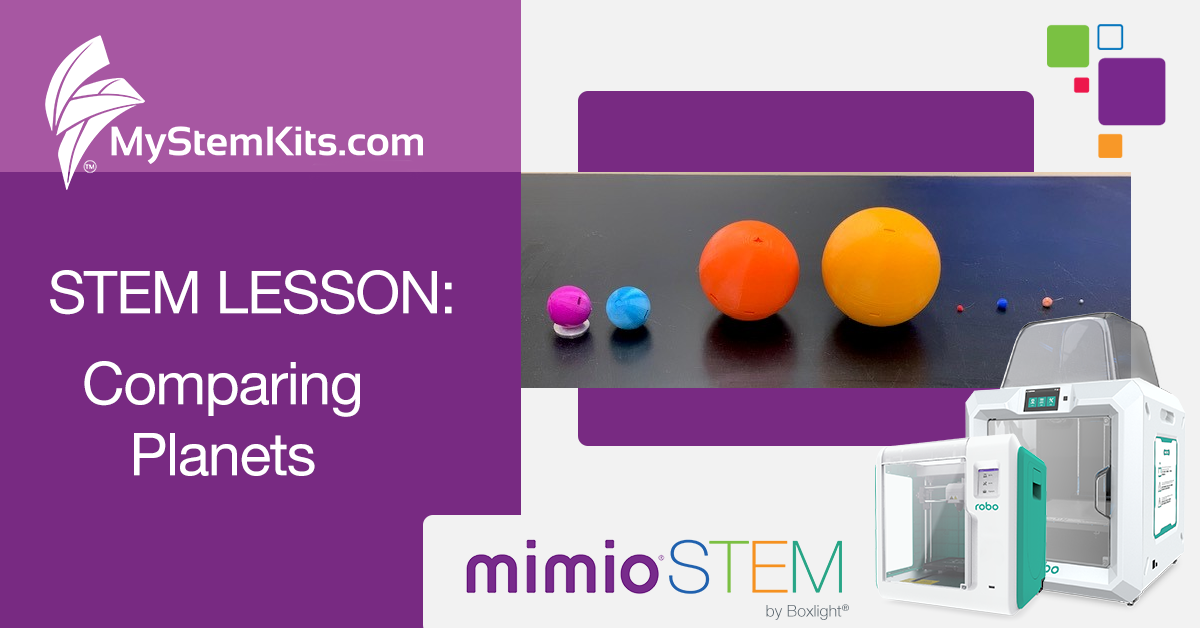 Meredith Williams, an 8th grade science teacher at Freedom Middle School (Orlando, FL), incorporates a variety of 3D-printed manipulatives so her students have something hands-on to observe, analyze, and form ideas around. She regularly implements and provides feedback on MyStemKits lessons and activities, which she uses in conjunction with her 3D printer. As a MimioSTEM Master, she has been sharing her and her students’ experiences using the MyStemKits curriculum. In this lesson, she is helping her students compare planets.

Supplies per group of 3-4 students

This Comparing Planets lesson is aligned to:

The activity is designed to help students root out misconceptions about our solar system. A major misconception is that the size of the planets is related to their distances from the sun, with the biggest planet being the one the furthest away.

The students were not given any information before the activity other than the objects represented planets. As a class, we discussed the characteristics of the inner planets then students worked in groups to determine which planet belonged to the correct orbit. Each group was given a set of 3D-printed planets and a copy of elliptical rings on paper to represent the orbits. 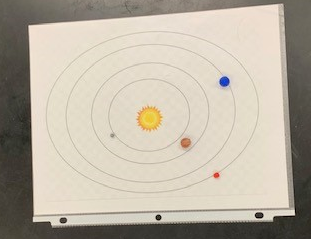 As has been mentioned, a significant misunderstanding is that the planets should be placed in size order from smallest to largest (the smallest planet being closest to the sun). Students were given about 5 minutes to discuss the characteristics of the planets and place in the proper orbits. As I walked around, I would let groups know which were placed correctly and which were not, but I did not give explanations beyond that. Students had to then examine further to make the needed corrections.

Once each group had the correct planetary orbits, we regrouped as a class and discussed their findings and the planets. We started with Mercury and discussed the differences between that planet and Venus such as size and surface temperature. When using the 3D printed models, these tangible tools help students better visualize and understand that the size of the planets matters in relation to gravity. We also talked about moons in the inner planets including which planets have them and which do not, as well as why they do not have moons.

When students understood this concept, we moved the discussion to outer planets. The widely held belief is that Jupiter is the Sun because it is so large. I reminded the students that we are focused on planets and that the Sun is the largest object in center of the solar system, or heliocentric. Then we continued to talk about the characteristics of outer planets, while comparing the sizes of the inner and outer planets. 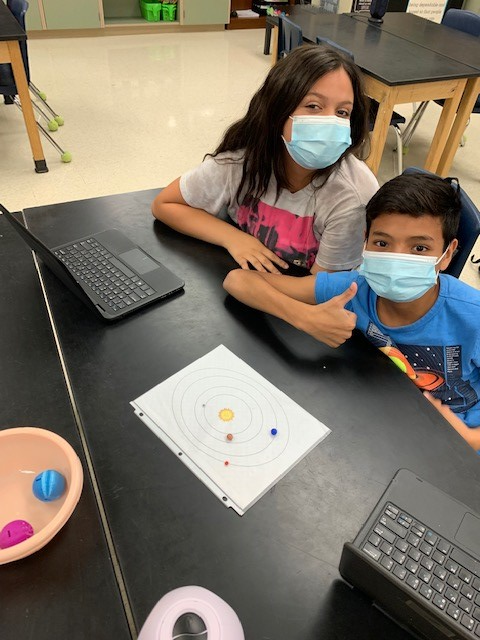 I helped to emphasize the point about planet size and its effect on gravity by having a student hold Earth (the largest inner planet) and Neptune (the smallest outer planet) to better see size difference. Then we continued our discussion on planet size and gravity, as well as atmospheric conditions and the number of moons and rings.

Students love the hands-on nature of the activity, and it is a driving force of this lesson. The students reach the correct findings and conclusions on their own by asking higher-level thinking questions. This activity helps students differentiate facts and misconceptions about our solar system and the visualization helps them remember the concepts better.