Technology, Space, and the Speed of Change 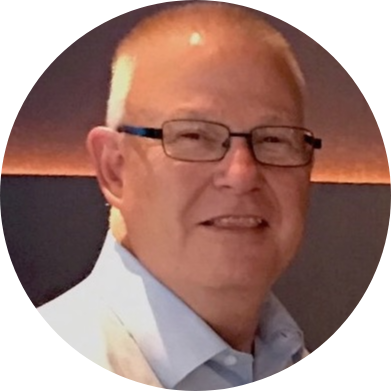 I really enjoy my work. Part of what I do puts me in situations where I learn new things and more about topics I thought I already understood. It is the second part of that sentence that tends to humble me fairly often.

When I talk to kids about space, I often tell them we know about this much about space, as I hold my fingers close together, and that there is this much to know, as I spread my arms out as far as I can.

As I walked out of a recent meeting, I began to think about how it is easy to become impressed with what we think we know when the simple fact is that there is so very much more to understand. We are separated from our students’ level of understanding by a very thin margin.

I came into teaching pretty much at the moment personal computers entered schools. I walked into my first classroom to find that the principal had delivered an Apple II computer to my room, the only computer in the elementary school. I was the new guy, so I got this new tool that no one had any idea how to use. I believe there was a lot of wisdom in this move. Everyone else knew what they were doing and could do it without a computer. I began my career looking for ways to make it work for my students and me. I had some immediate ideas. I wanted to use the computer to mimic processes in the world beyond my classroom. The immediate pressure was to use it to shoot buffalo in games like Oregon Trail and to invite Mavis Beacon to help my students learn to type. Neither of those suggestions held much appeal. Rather, I learned basic programming along with my students. They, on a single computer, began to write programs that led to simple conversations with the program. “What is your name? (blinking cursor), Nice to meet you, (what you answered earlier). One time we took the game Hammurabi, a simulation where you must make decisions as to how much seed to plant and how much land to buy or sell and programmed a second computer to calculate the perfect answers. My students could clean up on the game!

As the computers got better and the first mouse entered my room, we began using a program called Hypercard to create screens of student-produced materials that were hyperlinked together. That all sounds so common now, but at that time the concept of a hyperlink was brand new, even revolutionary. We became aware of a similar program called HyperStudio and loaded it to every computer in our new computer lab. My students would spend three days in class and two class periods per week in the computer lab building out what they were learning and linking the ideas together. They took what they were learning and presented out in a way that made sense to them, complete with diagrams, text, animation and (limited) sounds along with links between ideas. At the end of the semester parents would come in and the students would share their learning and new understanding. These were the best parent/teachers conferences I ever conducted.

Video conferencing hit my classroom when Iowa built a state-wide system that was truly state of the art. Small grants were given to teachers to create projects using the technology. As I taught in a relatively isolated, rural community, I had earlier fought to get a speakerphone in my classroom to allow us to contact experts from the outside to talk with my kids as we learned about various concepts. Video conferencing seemed to me to be a phone on steroids, so I created projects where we interviewed experts, but also where we did a project at the same time as another class in a different location. When we were ready, the classes met on the video conference link and shared what we had done, what we learned, and what we had created as a result. Classes I worked with collaborated with other students, engineers, scientists and astronauts located as far away as the United Kingdom, in an undersea lab, on the icy surface of Antarctica, in NASA labs and aboard the International Space Station.

In my position as Executive Director with the Aldrin Family Foundation and ShareSpace Education, I am back in the position of considering how to apply new technologies to help students learn. Our primary tools are giant maps of the Moon and Mars, but we support the maps with Mimio MyBot robots, augmented reality and high-resolution globes. We are considering how to integrate virtual reality and more fully take advantage of what augmented reality can offer.

Despite the incredible change in the capabilities of the technology, the challenge of using it to inspire students and assist in connecting them to reality beyond the classroom remains the same. We can think about technology and the classroom in new ways. I am humbled every day as I do my very best to imagine how to take full advantage of what we can now do.