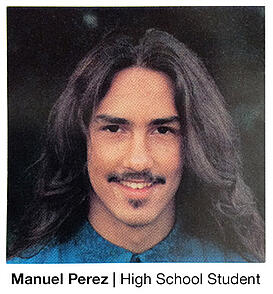 Over my years at Mimio, I’ve visited many classrooms and had the opportunity to meet many wonderful teachers. Today, in honor of Teacher Appreciation Week, I’d like to share a personal story about a great teacher who had a big influence on my life.

First, you should know that I am an Army brat. I say that proudly, and with no regrets. In the course of my schooling, I did have to leave good friends behind whenever my father was posted to a new base. But I had the opportunity to grow up touring the world with my parents. When we were overseas, I attended Department of Defense schools. Most of the teachers were not in the military, but had come from all over the U.S. to teach the children of the military. Although I don’t know exactly how those instructors were selected, I can say from experience that some of them were really great teachers.

Making the World's Best Can Crusher
The teacher that springs to mind today was my high school physics instructor. He had a number of qualities that made him a good teacher. Even now, though we have drifted apart, he is someone I would call a friend. The key thing that I remember about him is that he set high expectations for his students, and I felt at the time that he had especially high expectations of me. He never let me get by with a less-than-stellar performance. Two particular occasions stick out here – lessons that I remember to this day.

The first involved a project that tasked us with building “the world’s best can crusher.” The goal was to apply the knowledge that we had obtained in class, in a very real way. But I took a different approach. I thought it would be really funny to take a sneaker, nail it to a wooden board, spray-paint it gold, and stamp it with the logo, “World’s Best Can Crusher.”

When the day came to present our projects, I was last on the list of presenters. I had managed to keep my project well under wraps, so no one knew what they were about to see. One by one the students presented their projects, some of which worked and some didn’t. Then it was my turn. I still remember the class erupting in laughter as I placed the “Can Crusher” on my foot and demonstrated how effective it was by smashing a few cans – very convincingly, I might add!  As you can imagine, I was extremely proud of myself.

After class, my teacher pulled me aside and said he wanted to talk. He told me two very important things that day. He said, “Manny, while your project was very amusing, you missed the point of the project. The goal was not just to crush a can. The goal was to apply the knowledge you have learned in class. Furthermore, many of the students look up to you in this class. When you do not take a project seriously, the others are less likely to take their projects seriously. I am giving you a B on this.”

At the time, I was shocked and did not completely understand. I mean, I had the best can crusher in the whole class – my cans were as flat as could be! But looking back now, the two points he made ring very true to me.

That being said, did I ever mention that sometimes I am a slow learner? This leads me to the second time I disappointed my teacher. Our next project was to design a bridge out of toothpicks and glue. In my defense, this time I did ask for clarification of the rules. I asked how much glue we were allowed to use. The teacher paused for a moment and then said, “As much glue as you need, but it must be ordinary school glue – not super glue or wood glue.”

I think you can already see where this is going.

The Bridge That Glue Built
My bridge was not anything impressive from an architectural point of view; it was just a simple plane with three pillars. But what it did have going for it for a lot of glue. And by “a lot,” I mean that I literally soaked the entire structure in a dripping glue bath every day, using so many jars of glue that I lost count.

On the day of the project presentation, I was again allowed to go last. There were actually some very uniquely constructed and architecturally sound bridges that were presented. I wouldn’t be surprised if some of those students went on to become professional architects. Each presentation concluded with an attempt to hold up one (or more) students on the bridge. And until my presentation, only one bridge was able to sustain the weight of a single student.

I unveiled my bridge. It did not look pretty, and once I began describing my construction process, the class roared with laughter. I thought it was funny, but the look on my teacher’s face told me that he was not nearly so amused. Then we began piling student after student on my bridge, and it did not bend or break. In fact, as a side note, I think I still have it somewhere, and it’s still solid as a rock.

I was very pleased with myself, but again my teacher asked me to stay after class. He told me very much the same thing that he had after the Can Crusher episode, including the fact that he was going to give me another B. The big difference, this time, was that it finally began to sink in.

We Are Nothing Without Great Teachers
Teachers have such a powerful and meaningful role in creating the future leaders, innovators, and teachers of this world. During Teacher Appreciation Week, I want all of you to recognize how much your students look up to you, and remember that “When people look up to you, it is your job to inspire them.” I also want to repeat what I’ve said many times before – that no matter how easy to use or amazing our classroom tools may be, they will fall flat without great teachers using them. Great teachers take our tools and create engaging and meaningful classroom experiences every day. Thanks to all of you for pushing us to keep making products that help take you and your students to the next level.

Have a great week,